England No.8 Sam Simmonds and Wales winger Louis Rees-Zammit both scored doubles for Exeter Chiefs and Gloucester respectively, while Marcus Smith shone off the bench for English champions Harlequins.

And with the Autumn Nations Series now less than a month away, it was the perfect opportunity for players to state their cases for international recognition.

The action kicked off on Friday night with a rematch of Harlequins’ spectacular semi-final comeback against Bristol Bears last season.

That day they trailed 28-0, while on Friday night the score was 21-0 to the Bears as Smith entered the fray for the first time this season. Fresh from his Lions experience and England debut in the summer, the fly-half pulled the strings in another stunning turnaround as Quins scored 45 unanswered points in a 52-24 victory, with the fly-half scoring 17 points including a fine solo try from a chip over the defence that collected to score.

His fellow Lions tourist Simmonds was similarly influential the following day, powering over from close range for his first try before showing his burst for his second as Exeter Chiefs powered past Worcester Warriors 42-5 at Sandy Park.

And staying in the south west, it was Wales flyer Rees-Zammit who matched Simmonds with a double as Gloucester held on for a dramatic 33-32 win over Sale Sharks.

Another Wales winger in fine form was Jonah Holmes, who grabbed two tries as the Dragons pulled off an impressive 35-22 win on the road in Connacht in the United Rugby Championship.

Leinster, Munster and Ulster all remain unbeaten in the competition, with Adam Byrne marking his long-awaited return for the former with two tries in a big win over Zebre in which Jordan Larmour and Ronan Kelleher also crossed.

Ulster were turning to some of their young stars as they took on Benetton and for the second week running Ireland Under-20s scrum-half Nathan Doak impressed, scoring two tries and finishing with 18 points in all in a 28-8 success. 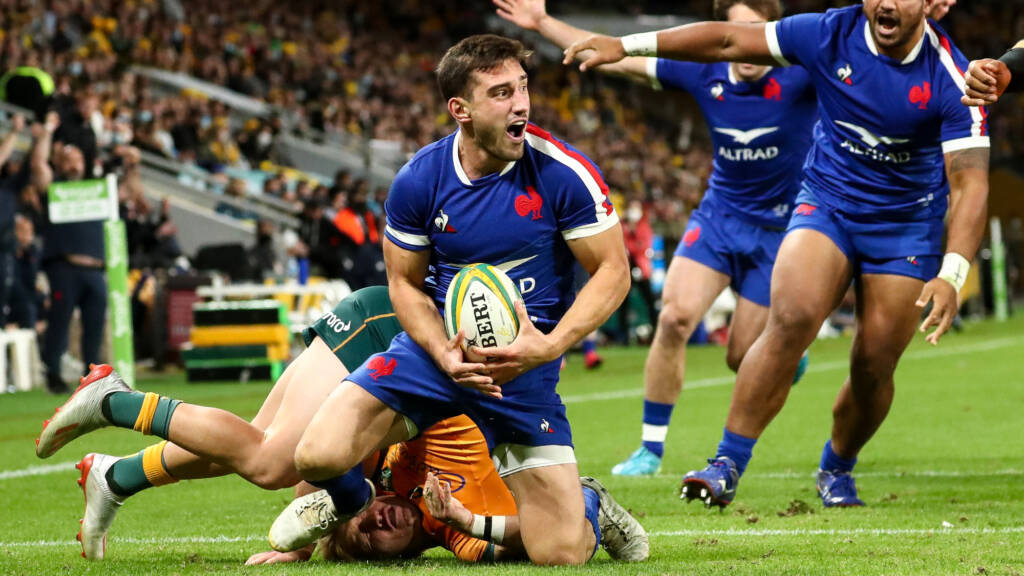 Meanwhile over in France, Baptiste Couilloud got the better of little brother Barnabé as he scored a hat-trick including one run from his own 22 in a 40-5 Lyon win against Biarritz.

And Toulouse made it six wins from six this season despite failing to score in the first half of a 38-10 win over Pau in which Anthony Jelonch scored two tries and Cyril Baille also crossed, while Romain Ntamack kicked 13 points.

News
Previous Story Introducing Wales: All you need to know ahead of the Autumn Nations Series
Next Story Will the law changes see the reemergence of the drop goal?