It seems almost unfair the amount of attacking talent the Springboks have out wide.

On the wings, they have Cheslin Kolbe, Makazole Mapimpi and Sbu Nkosi.

At fullback, they have Willie Le Roux and Damian Willemse.

Now they have another option to bolster their already stacked ranks. And the scary thing is, he could play in both positions.

Blessed with blistering pace and effortless running with ball in hand, Aphelele Fassi is the next man up from the South African backline conveyer belt.

The 23-year-old Sharks flyer, who is comfortable on the wing and at fullback, made his Springbok debut this summer against Georgia, in what was their first Test match since their 2019 Rugby World Cup triumph over England. 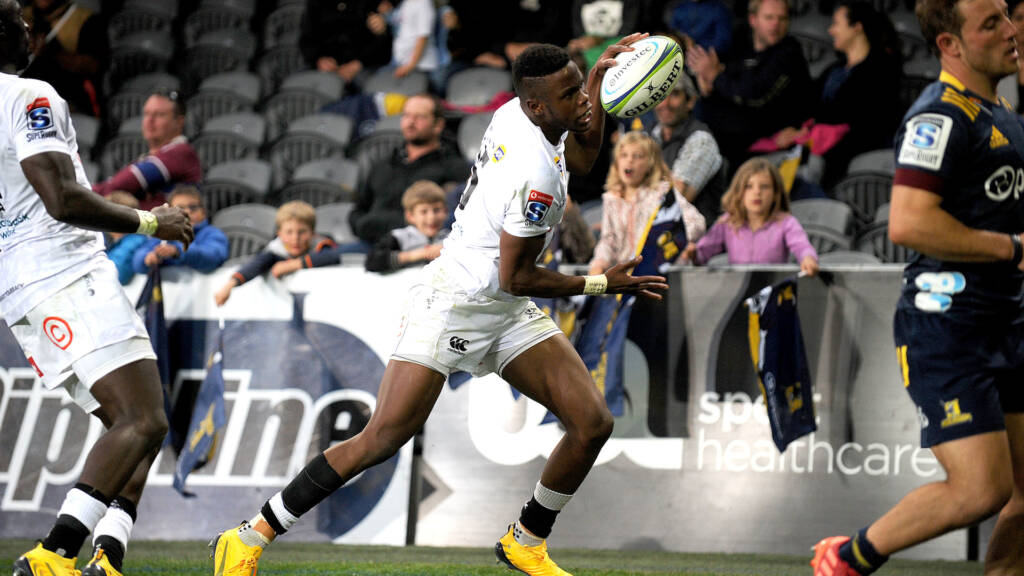 And what a debut it was for Fassi.

Four minutes into his international debut, the Boks moved the ball out wide before Pieter-Steph du Toit unleashed Fassi away down the left hand side.

And with his first touch in a Springbok shirt, the 23-year-old produced a seasoned Test finish, searing down the wing to score South Africa’s first Test try since 2019.

Then weeks later following the British & Irish Lions Tour of South Africa, Fassi again produced another stellar finish, this time against Argentina in the Rugby Championship.

Again, operating on the wing, the Sharks speedster collected a delightful crossfield kick in behind from Elton Jantjies, tip toeing his way down the sideline to touch down in the corner.

“This guy [Fassi], has been really good this season.

“He’s got a great left foot. He’s very good under the high ball and he understands the kicking game – he’s got a really good educated boot.” 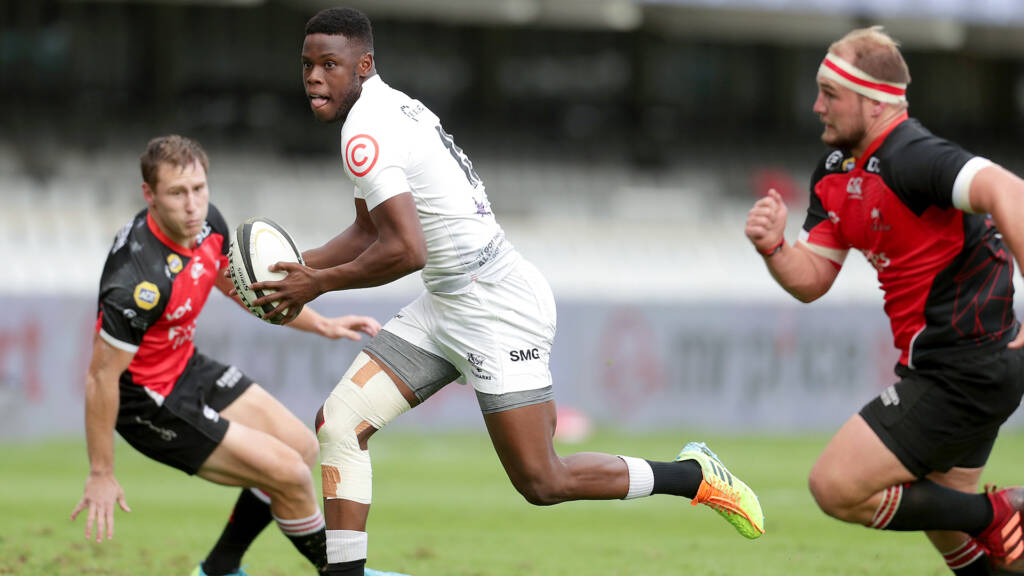 “The one thing about Fassi is that he never gives up,” said De Villiers.

“He’s fighting until the game stops, he never gives up. He’s going to be one of our superstars.”

Fassi broke through onto the scene for the Sharks in 2018, producing a number of impressive performances for the South African side during their Currie Cup campaign – which saw the Sharks upset Western Province 17-12 in the final.

Through seven games of the 2020 Super Rugby campaign, the Sharks sat top of the overall standings, with six wins and one loss before the season was curtailed due to COVID-19.

Fassi played a massive part in their strong start, picking up Player of the Week honours in week two after a stunning performance against the Highlanders in Otago, which saw him produce a magical try out of almost nothing.

He might have a bunch of international superstars standing in front of him, but so far, Fassi has taken to Test rugby like a duck to water.

Two tries, both of which were impressive finishes, in two Test starts is no mean feat.

The Springboks will face off against Wales (6 November), Scotland (13 November) and England (20 November) in a rematch of the 2019 World Cup final during the Autumn Nations Series.

If selected, you’d be hard pushed to bet against Fassi producing more superb performances in a Springbok shirt this Autumn.