Wallabies skipper Michael Hooper has warned his teammates to expect a backlash from an emotionally-charged Argentina in their Rugby Championship finale.

Australia defeated the Pumas 27-8 last time out and victory in Saturday’s rematch on the Gold Coast would seal an unprecedented fourth successive Championship win.

But after a difficult week for Argentina, who are winless in this year’s Championship, Hooper is expecting the Pumas to provide the hosts with their toughest challenge yet.

“We know that Argentina will bounce back,” Hooper said. ”There’s a little bit going on there, full of emotion, and they will want to improve on their last game.

“There’s going to be a fair bit of emotion kicking off in this game, as we’ve seen in games like last year in a similar circumstance, so we’ve got to be on our game.”

Hooper added that the focus for the Australia will be to deliver a full 80 minute performance.

“What has been pleasing is I think we’re starting to gain some momentum now,” he said.

“We’re talking about things during the week and executing them on the field; we’re still chasing that really solid 80 minute performance, and being extra clinical with that.

“Four weeks ago we were three losses on the trot so it hasn’t been a perfect run by any stretch and we’re not nailing things, there’s so much improvement and growth in us.

“We’ve got to stay focused on that. There’s always a goal to work toward.”

McMahon will make his return via the bench, which will be his first appearance in the gold jersey since November 2017 against Scotland. 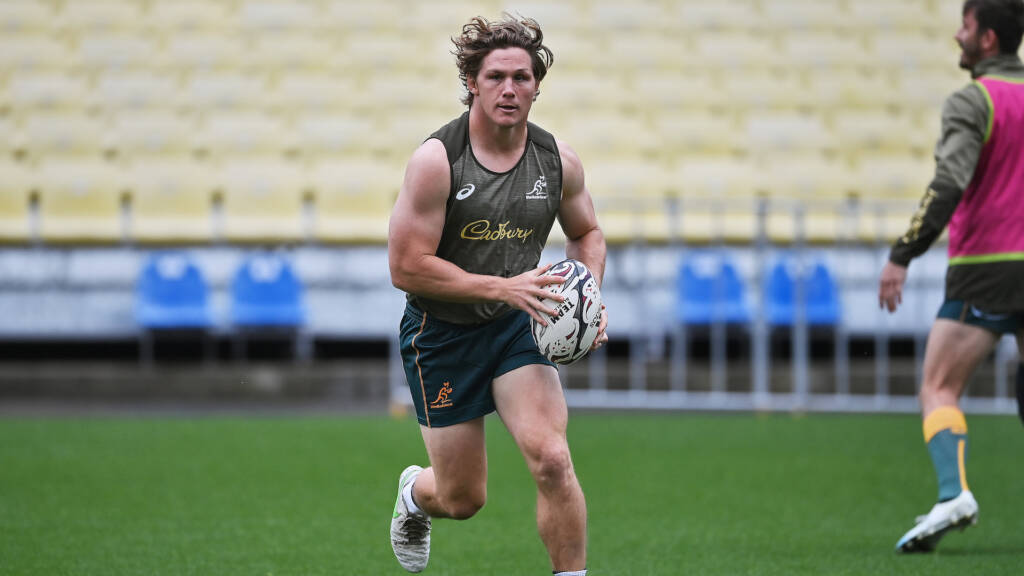 He is joined by Holmes which means the 38-year-old will equal the record for the oldest player to play for the Wallabies since World War II held by Tony Miller.

Darcy Swain and Pete Samu have also been elevated to the starting side after impressing from the bench, with the latter joining Michael Hooper and Rob Valetini in the back-row.

“Pete’s been outstanding for us coming on as a replacement in the past few Tests and has earned his opportunity to show what he’s capable of from the kick off this weekend,” Rennie said.

“Both Greg and Sean have worked extremely hard on the field and around their detail off the field and they’re both super excited to represent their country again on Saturday evening.

“We’ve felt really well supported during all of our Tests in Australia this year and we’re looking to finishing the Rugby Championship.