England are more than prepared to throw caution to the wind by operating with versatile hybrid players, according to Red Rose defence coach John Mitchell.

Eddie Jones has floated the idea of deploying nine forwards in their Autumn Nations Cup opener against Georgia, suggesting Ben Earl has the ability to play in the backs.

Back rower Earl has been seen as an option at centre while winger Ollie Thorley has been running as a flanker in training as Jones looks to experiment with his starting line-up.

And with the threat posed by Georgia’s forward power, Mitchell insists the opportunity to test the versatility of players could prove crucial to England in the future.

“It’s something that’s really important. It actually helps players within the squad understand that at any point in time, you might have to be adaptable,” he said.

“It does obviously create permutations, should you get a good acceleration and learning in that particular area when you do that. You can go to a six-two split on the bench.

“Or you can create that hybrid position in your starting selection.

“To me, it’s just something that our players accept and embrace with all arms because it’s just another way of learning that you might be called upon in a different position.

“You only have to look at the number of cards that were presented in the last Rugby Championship match between New Zealand and Australia. 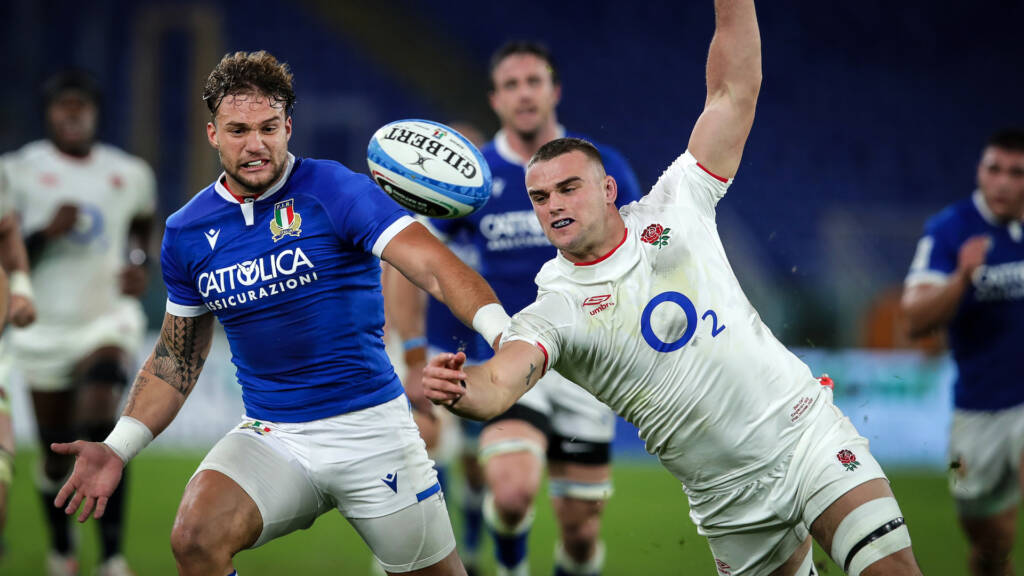 “There are so many situations now where you are without players in positions and people have to be adaptable, so it’s important in case that situation occurs for us.”

Meanwhile, Mitchell also provided an update on the squad ahead of the clash with Georgia, revealing that George Ford is still recovering from an Achilles injury and will not be available.

Elliot Daly is closing in on a first-team return, though, after overcoming a shin problem while prop Joe Marler has recovered from a knee injury and could feature in the front three.

But whoever gets the nod to start for England in just their third ever meeting with Georgia, Mitchell warned that the hosts will need to be at their physical best at Twickenham.

“Georgia is going to be a really tough game,” Mitchell said.

“We’re focused on working hard on all aspects of our game, but obviously there are key areas around the scrum and we’re looking forward to that challenge.”