Francois Cros says it is important France’s young team keep their feet on the ground as they look to build on a strong Six Nations performance in the Autumn Nations Cup.

The 26-year-old back rower featured in every game for Les Bleus in the 2020 Championship as they narrowly missed out on a first title since 2010 on points difference to England.

A losing bonus point conceded in the closing stages of their opening game against Eddie Jones’ side ultimately proved decisive as England took the crown on Super Saturday.

But Fabien Galthie’s side earned plenty of plaudits for their brand of play during the Championship, demonstrated by their five-try triumph against Ireland in their final game in Paris.

That result followed comprehensive win over Wales in a warm-up game but Cros has said his young teammates need to keep improving heading into the Autumn Nations Cup.

“We take a lot of positive things, we have faced two big nations, Wales and Ireland,” he said. “These meetings ended in two victories over 30 points.

“It’s quite rare to beat them with such a high score so it’s always nice. Afterwards, we are still quite frustrated to finish second in the Six Nations but that will serve as a lesson to us. 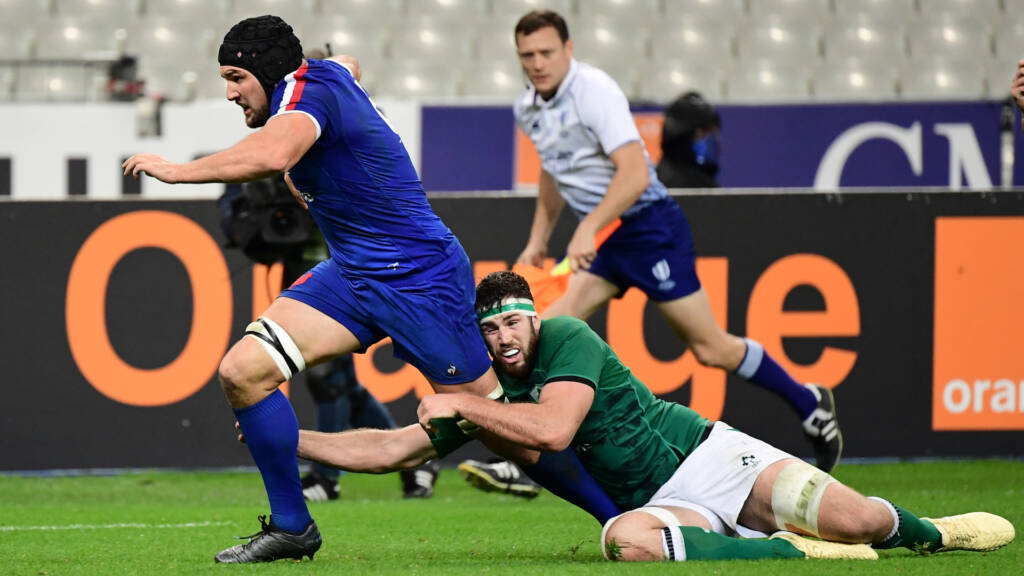 “The smallest point left on the road is expensive in the end. We have had a pretty exceptional year with this group. It’s a shame not to end it with the title in the Six Nations.

“But it’s not bad on the other hand because it brings us back to the fact that we are a young team “in training” and we have a lot of work still to do. It is important to keep your feet on the ground.”

France will open their Autumn Nations Cup campaign against Fiji before facing Scotland and Italy, with their final placing decided by a match with a Group A opponent on Finals Weekend.

And while Cros welcomed all praise coming in Les Bleus’ direction, he insisted they cannot take anything for granted as they continue their quest to end their wait for silverware.

“Certainly the feedback and the results are good, but we haven’t won anything yet,” he added. “We don’t want to be good on a “one shot” but to do well in the long term.

“We are going to continue to work and we have great room for improvement. We finished second, it’s something good, which has not been done for a while but we can hope for better.

“This is what we must seek to achieve our objectives for the next deadlines. The group is great, everyone gets along well, we are all comfortable in the team.

“I think it can be felt on the pitch. We have a very strong state of mind, great solidarity. We like to spend time together and I think it’s important in order to get results.

“We are therefore very happy to have returned to victory in our last matches. We were left with a very bitter taste after the meeting against Scotland in March.”