Ireland captain Johnny Sexton believes the Autumn Nations Cup can act as the perfect pick me up for his side after narrowly missing out on winning the Guinness Six Nations.

The men in green went into Saturday evening’s match with France knowing a six-point victory could seal a first Championship win since 2018, but ultimately came up short after going down 35-27 at Stade de France.

And despite the despair of coming so close to claiming the crown, Ireland have the opportunity to quickly put things right when the inaugural Autumn Nations Cup gets underway in just under a fortnight’s time.

Sexton and his comrades will kick off the tournament on November 13, when they welcome Wales to the Aviva Stadium, and the Ireland skipper is already looking forward to righting the wrongs of Saturday’s defeat.

“We’re looking forward to the new competition,” the Irish captain said. “Today is going to hurt but we’ve got some very important players coming back for us, some new players to come in as well, so I’m looking forward to bouncing back from this disappointment.”

“We obviously saw the other results and knew that we had to win by more than six (points) or else win with the bonus point, so we tried to do a mixture of it,” the skipper added.

“We tried to make some brave calls and go for some tries, because we felt there was some space there to be exploited. But we weren’t good enough to go and take it.” 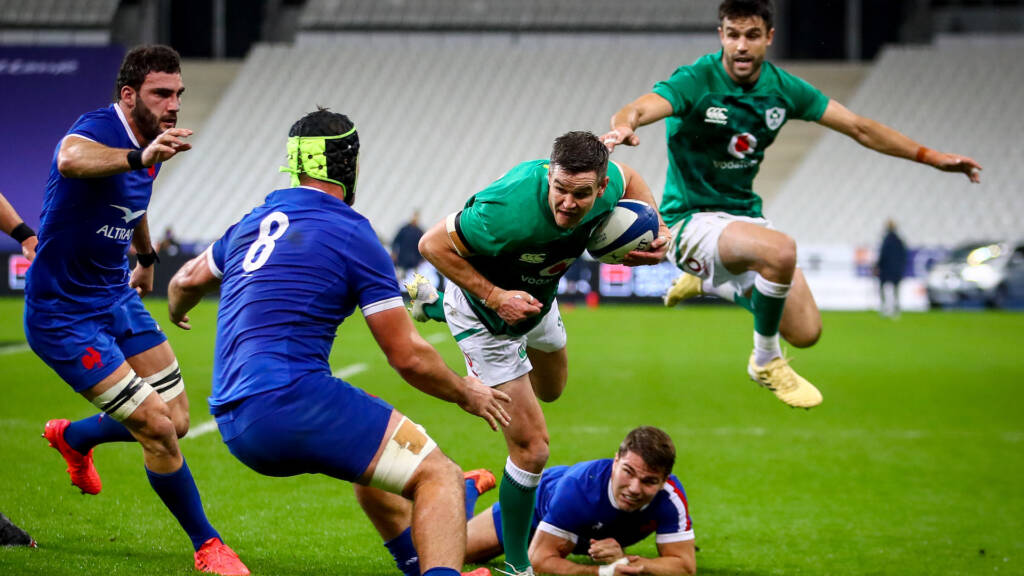 The finale of the 2020 Guinness Six Nations did not disappoint at Stade de France, as a game that balanced on a knife-edge throughout really started to whet the appetite for the feast of international rugby in store in November and December.

A try apiece for Antoine Dupont and Cian Healy in the opening stages saw the pendulum continue to swing either way, before the hosts were awarded a penalty try on the half-hour mark to gain the advantage.

The boot of Sexton kept his side in touch at the break, with France leading 17-13 as the two sides returned to the dressing rooms, but Les Bleus came out in the second-half eager to end the competition on a high.

Eleven points from Romain Ntamack early in the second-half all but ended Ireland’s hopes of a Championship win, despite Robbie Henshaw and Jacob Stockdale crossing late on.

It was another dazzling display from Fabien Galthie’s side on their own patch, but Sexton was left ruing a number of missed opportunities to put points on the board in Paris.

“At this level you can’t give teams scores from your mistakes. You need to make them work hard,” he said.

“I felt that they took their opportunities really well, sometimes off nothing, off our mistakes even, and we weren’t ruthless enough when we had the chance.

“We had the chance to score, a few chances to score from five metres out.

“We had the chance to go for the try (at the end of the first half), a brave decision to try and get another try and we were very close but we weren’t accurate enough.”