This weekend sees the culmination of the Six Nations, as Europe’s elite teams get their last taste of competitive action before the Autumn Nations Cup commences next month.

Saturday will no doubt see many twists and turns, with England, Ireland and France all in contention to claim Championship victory with a game to go.

The latter two will go head-to-head in Paris on Saturday night, while England head to Rome to face Italy, who already have an eye on November’s action.

Ireland lead the table by a point heading into Saturday, knowing a bonus-point win will secure them the title, although that is much easier said than done on a visit to Stade de France.

Scotland and Wales will also lock horns in Llanelli, with Alun Wyn Jones set to become the most-capped international rugby player in history when he takes to the field.

With just two weeks until the Autumn Nations Cup gets underway, let’s take a look at the major talking points from the team news coming out of the international camps.

It will be a memorable occasion for Ben Youngs this weekend, as the scrum-half is set to win his 100th Test cap at the Stadio Olimpico.

The Leicester Tigers man becomes only the second player to reach a century of international appearances for England, and is now just 14 behind England’s all-time record holder, Jason Leonard.

On the opposite end of the spectrum we have Jonny Hill, who will be making his international debut this weekend after an impressive season with the all-dominant Exeter Chiefs. 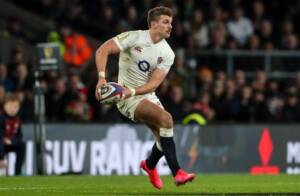 Henry Slade, Jonathan Joseph and Owen Farrell will all start for Eddie Jones’ side, as well as Jamie George, who himself will be notching up his half-century of international caps.

And head coach Jones believes England’s milestone makers deserve all the plaudits for their consistent performances on the international stage.

“We’ve trained with good intensity this week and the squad are excited by the challenge of performing at our best against Italy,” the England boss said.

“We will also celebrate two major achievements in Ben Youngs and Jamie George’s cap milestones. It’s testimony to their skill, hard work and love of playing for England, and there is more to come from both of them.”

Ireland will have a century-maker of their own this weekend, as Cian Healy is another man set to rack up his 100th cap in Ireland colours. 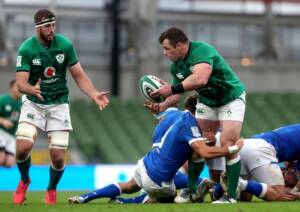 Andy Farrell has made just one change from last week’s 50-17 victory over Italy, as Robbie Henshaw is recalled to the starting XV while Garry Ringrose recovers from a broken jaw sustained in Dublin.

Hugo Keenan and Will Connors retain their starting places for the showdown in Paris, after both dazzled on debut last weekend, with Farrell showing faith in the side that ran in seven tries last weekend.

Fabien Galthie has also made just the one change to his France side ahead of the weekend, with Arthur Vincent replacing Teddy Thomas in the starting XV.

Thomas picked up a knock in last weekend’s scintillating 38-21 victory over Wales in Paris, meaning Gael Fickou will take his place on the wing for this one, and Vincent will play in the midfield. 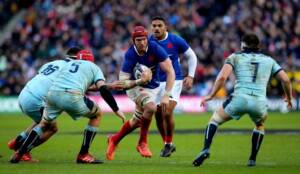 Lock Bernard Le Roux has been cleared to play after a disciplinary committee ruled that an alleged act of foul play he committed against Wales wasn’t a red card offence, once again partnering Paul Willemse in the second row.

Francois Cros, captain Charles Ollivon and Gregory Alldritt will all start in the back row, with the deadly duo of Romain Ntamack and Antoine Dupont featuring in the half-backs.

It will be 149 Test caps for Alun Wyn Jones this Saturday, as the Wales captain is set to surpass the record set by New Zealand star Richie McCaw at Parc y Scarlets against Scotland.

Jones will once again captain the side for their final match of the Championship, as Shane Lewis-Hughes makes his debut for Wayne Pivac’s side in the back row. 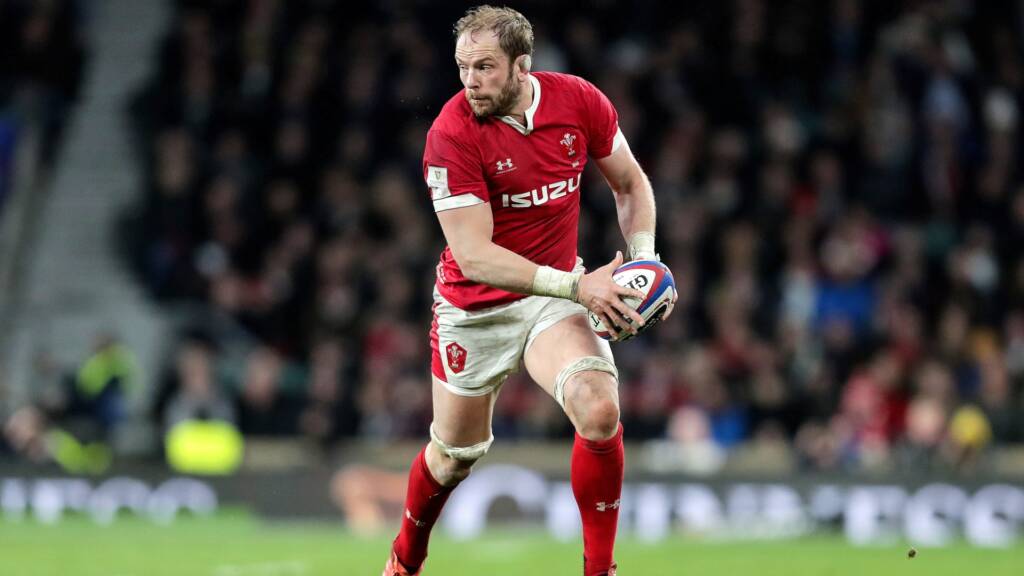 Regular faces Justin Tipuric and Taulupe Faletau will line up alongside the Cardiff Blues man, while Tomas Francis comes into the front row.

Liam Williams, Josh Adams and Leigh Halfpenny all feature at the back for the hosts, with Gareth Davies and the ever-reliable Dan Biggar the half-back combination, as Wales look to end their three-match losing run.

Gregor Townsend has made four changes ahead of Scotland’s trip to Wales on Saturday, with Stuart Hogg and Finn Russell among those to be recalled to the starting line-up.

Scotland head into the weekend off the back of a 48-7 win over fellow Autumn Nations Cup side Georgia last weekend, and looked in fine stead in doing so.

Russell was on the bench for the clash at BT Murrayfield, but will play in this one from the start, with Adam Hastings the man to make way.

A reshuffle of the backline sees Hogg return to the side after securing a domestic and European double with club side Exeter Chiefs, with Blair Kinghorn shifting to the wing and Duhan van der Merwe having to be content with a place on the bench. 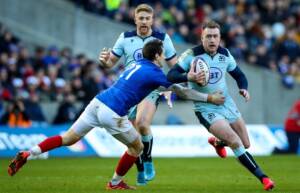 The other two changes see Jonny Gray come into the second-row to replace Ben Toolis, while Blade Thomson will start at No.8 with Matt Fagerson out injured.

And Townsend believes the shuffling of the pack is exactly what is needed ahead of the next two months of competitive international action.

“It’s been great to bring in quality and experience to our starting line-up with players such as Stuart, Jonny and Finn who have been involved in some high-level games in recent weeks,” Townsend said.

“We were also encouraged by Blade’s display at the weekend for Scarlets, which is a timely boost given last weekend’s injury to Matt Fagerson.

“We are expecting a physical battle against a very good side, one which we will be working hard to stay in the fight and to finish the fight in Llanelli.”

Finally, Franco Smith has kept faith with the majority of his side despite their heavy defeat to Ireland last weekend, with Matteo Minozzi the only man to force his way into the starting line-up for the clash with England.

Minozzi featured for Wasps in their English Premiership final defeat to Exeter Chiefs last weekend, but is back at hand to feature for the Azzurri this time around.

Jayden Hayward is the man to make way, with fly-half Paolo Garbisi keeping his place in the team after a strong try-scoring display on debut last weekend.

The back three will consist of Edoardo Padovani, Mattia Bellini and Minozzi, while Luca Bigi continues to skipper the side at hooker. 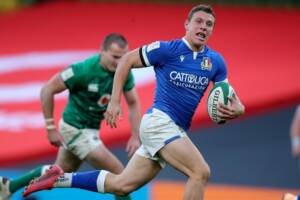 Props Danilo Fischetti and Giosue Zilocchi will once again feature, with Marco Lazzaroni and Niccolo Cannone starting in the second row.

Smith continues to cast an eye on the future with his new-look side, as they look ahead to the Autumn Nations Cup in November.

“In Ireland we saw flashes of our game and something positive, but we are aware that we have a lot of work ahead of us,” Smith said.

“We are a young team that wants to emerge. We continue on our way to build a precise identity.”